The world of governmental record-keeping is complicated, to say the least. Everything that the government does is recorded in some way, shape, or form. That means court records, tax records, military records, some business records, the list goes on. Because there are so many types of records kept by our government, there will be some that overlap a bit, and that can cause a bit of confusion among the uninitiated. Let’s go over the differences between arrest records and court records so you can have a better idea of what exactly these two things are moving forward.

What Exactly are Court Records?

If you were arrested because you were suspected of a crime, you would be tried in front of a judge in criminal court. That would go on your record, and it would likely include the reason why you were tried and if you were convicted or not. The arrest and criminal records would be filed appropriately, under your name but under different records.

Now, let’s say that you had to go to trial for tax fraud. You turned yourself in, so you were never arrested. It would still look the same as any other criminal trial, but you’d likely end up at a different prison because of the crime. Because of that, it would end up in your court records that you were there, and nothing else would be filed if you weren’t convicted.

On the other hand, let’s say you own a restaurant, and one of your employees didn’t clean up a wet spill fast enough resulting in a slip and fall. The customer that’s suing you for damages from their fall would take you to court, but it wouldn’t be a criminal suit. This is a civil suit because it’s a civil matter, not a criminal one. This would still appear on your court record because you had to go to court, and it would likely appear on the plaintiff’s court record because they were also involved in the suit.

Fortunately, court records are one of the most simple things in our court system and one of the easiest records to wrap your head around.

What are Arrest Records?

Arrest records are different than court records, but they are just as important to our government. These types of records are created anytime someone is arrested, regardless of what happens next. In some states, it could include if the arrest led to court or even conviction, but this record is strictly for when people get arrested.

So, let’s say you were drunk in public, and you got arrested for it. That’s something that would appear in your arrest record, but it would be unlikely to go any further than that unless a crime was committed. In this example, you’d most likely just get thrown into a drunk tank until you sobered up then the police would send you on your way.

In another example, let’s say you were caught selling drugs on a street corner. That is definitely something that you would be arrested for, so the police would put you in handcuffs and take you down to the station. That would create an arrest record right then and there. Then, you’d have to go to court for this offense, and you would be tried for your crime. That second step would create a court record. After that, unless you had a good attorney or the police really messed up their investigation, you’d likely be convicted and sent off to prison. This final step would be part of your criminal record.

Why This Kind of Record Keeping Exists

There are many things in our world that don’t make a whole lot of sense if you don’t have the context. Surely, if someone from North Sentinel Island saw us constantly rubbing our strange glowing squares, they’d also be confused as to why. Of course, that’s an extreme example. Most people understand the basic reasons why we take so many records, but it can be a little more complicated than one might think.

Most would assume that record keeping is something our government does so that information from previously occurring incidence can be reviewed at any time. That’s a big part of it, but that’s an understatement. These records keep most of the government moving on any given day. 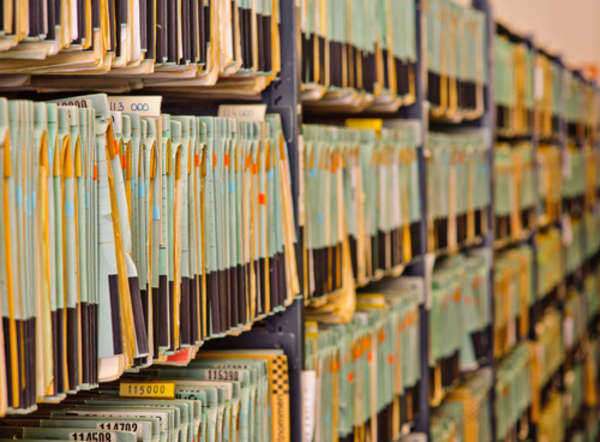 When budgeting, our government will often review these records so they can try and figure out exactly where their budget is going. If the court is taking 500 cases a month, you can find out exactly how much it costs per case by doing some basic math. This is important when deciding where funding should go. Which branches are using less money than they’re given, and which are in desperate need of more money.

It also gives the government a better idea of who might be too dangerous for society. Let’s say Joe Johnson is a serial killer and has been arrested and charged multiple times for murder. Not a great serial killer, but with the technology available to law enforcement today, it’s hard to be a great serial killer. In any case, those records allow for police that might pull Joe over for a traffic stop to evaluate his threat level at the beginning of the stop.

If Jack doesn’t have any sort of a criminal record and has never been arrested, the police officer pulling him over might feel a little more at ease during the traffic stop. This information can travel all the way up the chain of authority in our criminal justice system. Anyone from the police officer to the judge can look at this information to get a better idea of Jack or Joe’s background.

How Can a Common Citizen Get These Records?

If while reading this you’ve been wondering if you could find these records for yourself, we have some good news for you. Court records and arrest records are both considered public record, and criminal records are as well. That means that in order to find this information, all you need is to know where to look. It’s pretty easy and can be done relatively quickly, but the “knowing how to do it” part is very important.

If you want to get this information quickly, try using a personal background check service. These services are able to provide instantaneous results from all over the country, and all it takes is a few pieces of information to find the right records. They’re able to do this because they have access to public records databases all over the United States, and the system simultaneously scrubs these databases to give their users all of the information they need.

Learn Even More About Records

There are a lot of different records that are kept by the government, and it can be pretty interesting to learn about them. If you enjoyed this article and want to learn more about the records that are kept, there are lots of resources to do so. All you need to do is head over to Google and do a quick search, and you can find more information about all sorts of things that the government does.

Seven Dos And Don’ts While Hiring Your Criminal Defense Attorney